Lily Mastrodimos has been recording songs as Long Neck since 2014, first as a solo project while she was a member of Jawbreaker Reunion and now as a fully realized rock band, with drums and electric guitars and everything. Mastrodimos writes the kind of personal, introspective songs that might be expected of someone who recorded her first album “Heights” alone in her room with a single mic and an MBox. The strength of her voice and her convictions lend Mastrodimos’s songs an urgency and energy that is only amplified by the addition of, well, amplifiers. As a full band, which now includes Kevin Kim, Alex Mercuri, and John Ambrosio, Long Neck makes music that’s somewhere between indie rock and pop punk--louder and faster than Mastrodimos’s solo output, but no less thoughtful.

“Will This Do?,” the band’s first for Tiny Engines, is an album about a bad year. It’s an attempt to deconstruct the frenzy of loss, emotional and mental turmoil, and deep-seated heartache into something that could be rebuilt and understood. It’s about the emotional ruin of trying to wring affection and validation from people who can’t or won’t provide it. It’s about trying to answer the impossible question of whether your life and your art can make the loved ones you’ve lost proud. It’s about losing your mind on the side of US Route 1/9, getting smoke in your eyes, and things getting stuck together. It’s about when “will this do?” turns into “when will this do?” At it's core, "Will This Do?" is an exploration of what happens when relationships end--through death or otherwise--and how we allow ourselves to grieve. It's an album written as a way to process, as a way to mourn, and as a way to return to life. 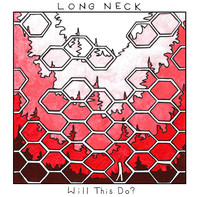