After taking the last few years off from indie rock to deal with a family health crisis, Museum Mouth is back with a new lineup, new label, and a new song; End of Days Reprise. Written after a move back home (the third time, for those counting) EODR is about opening yourself up to love, attention, and affection again with the threat of newfound wisdom if not some hard earned self-awareness.

Although written after the sessions compiling the band’s new LP (set to be recorded this winter), the song is an example of a band playing to their strengths while showcasing some new growth in both assembly and influence. Morgan Roberts makes her debut as the band’s guitarist alongside the project’s main songwriter Karl Kuehn and bassist Kory Urban.

End of Days Reprise follows up the band's fourth full-length, Popcorn Fish Guinea Pig, which came out on Rory/Equal Vision in 2016. 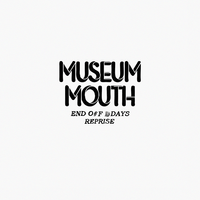