“Outsider guitar pop” outfit Runaway Brother is smarter than your typical punk fare, too catchy for emo purists and not quite cool enough for the indie elite. Of course, that’s precisely why we love the Cleveland, OH quartet’s spiraling, ever-shifting songs and captivatingly ambitious arrangements. Much like its critically-acclaimed 2015 debut full-length, Mother, New Pocket’s impeccable melodies, soaring harmonies and all-around killer writing chops are on full display. However, the twelve tracks on Runaway Brother’s second LP have been given ample room to percolate and evolve organically as the band has spent the past few years experimenting, tweaking and ultimately refining its singular brand of unclassifiable pop music.

Recorded with Eric Cronstein (Delay, Saintseneca, The Sidekicks), New Pocket has all the trappings of a group that is supremely comfortable and confident in its craft. Dynamic mood shifts and playful, eccentric songwriting act as tentpoles for Runaway Brother but never weigh down the band’s seamless delivery or the record’s fluidity and knack for engaging the audience. It’s a true testament to Runaway Brother’s widening repertoire. Where Mother was more about inspiration pulled from the outside, New Pocket pulls from within. Lead singer Jacob Lee explains “It’s about the little anecdotes you have with the people that mean something to you. Some pants just need a new pocket, a little extra space to carry life’s weight.” 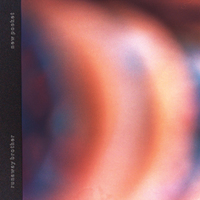 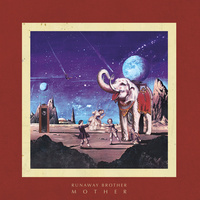