See Through Dresses released its Tiny Engines debut End of Days in late 2015, introducing a wider audience to a sound both intrinsic and environmental, with stark contrasts between its principal songwriters’ devastatingly riff-heavy jams and endearingly honest confessionals. It showcased what the band can do in spaces where guitars and rhythms rule the roost.

If End of Days is its rock record, Horse of the Other World, out June 30th, is See Through Dresses’ dreamy opus. Recorded in 2016 in two locations — ARC Studios with Ben Brodin (Pile, First Aid Kit, The Good Life) and at the band’s home studio, Little Machine, by Mathew Carroll — it signals a sonic leap into a more ethereal, soundscape-driven aesthetic.

Reverb-drenched and synth-laden, Horse of the Other World blends Carroll and Bertuldo’s masterful mood creation and technical prowess while further exploring the depths of the band’s dynamics. “Pretty Police” mixes sparkle and bounce with brood, while “Violet” cuts sharply via crystalline keys and arpeggiated chords. Bassist Alex Kirts pumps the album’s bleeding heart and drummer Nate Van Fleet is tactical and creative. Their playing shines as the foundation of songs like “Lucy’s Arm” and “Herbivore,” whose climaxes are textbook See Through Dresses.

Bursting onto the Omaha scene with its 2014 Self-Titled debut, See Through Dresses continues to gain international traction. The band has toured the U.S. several times over and made trips through Canada and Europe. It has recently shared the road with Cursive, Beach Slang, Cymbals Eat Guitars and will head out with Charly Bliss this Summer. 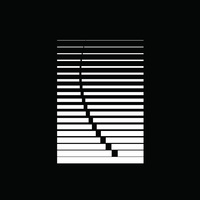 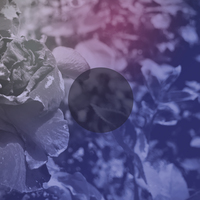 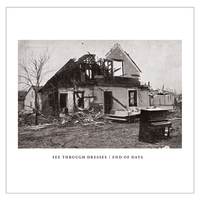