Life changes. It’s the natural order of things. As you get older, friendships evolve, relationships fade, and surroundings change. It’s not necessarily a bad thing, but trying to find your place and a sense of balance in all of life’s changes is something no one really prepares you for. The four members of Cleveland’s Signals Midwest can certainly attest to that. In eight years, they’ve borne witness to graduations and weddings, moves and funerals, new loves and heartbreak. But through it all, the one constant in the lives of vocalist/guitarist Max Stern, bassist Loren Shumaker, guitarist Jeff Russell, and drummer Steve Gibson has been this band.

At This Age, the quartet’s fourth full-length album, is both a testament to change and a reflection of a band at a pivotal moment in their lives. When you’re a young punk, the idea of devoting your life to music — writing songs and traveling the country with your best friends — doesn’t seem that hard: Write songs, get in the van, and go. “Will we make any money? Will our jobs still be there when we get back? How will we pay our rent next month? Who cares? As long as we’ve got each other and this band, that’s all that matters.” It’s an ethos that guides many bands in the beginning, but after a while, it’s not an easy attitude to maintain.

“I was asking myself questions like ‘How do I evolve as a person but retain what I love? How do I advance through the world but sustain the things that excited me when I was first discovering them?’” says Stern of At This Age. These are the questions that guide the album, which marks some of the band’s most stark and mature songwriting to date. “I tried to approach songs from a few different viewpoints to really explore that world,” Stern says. “This is the first time that I've written songs from a point of view other than my own, across age and gender and identity.”

If Latitudes and Longitudes is a document of a band discovering their voice, and Light on The Lake is them honing in on their sound, then At This Age finds Signals Midwest hitting their stride. “It’s a much more stripped-down jammer,” Russell says, “We just had fun. Everything came naturally and it seems like we finally found our stride in the writing process.”

And it shows. Produced by Into It. Over It.’s Evan Weiss and recorded at Atlas Studios in Chicago IL, At This Age might be the band’s most stripped-down songwriting, but it’s an album that sounds huge. At times urgent and anthemic, and at others intimate and poignant, At This Age isn’t just an album, it’s a part of Signals Midwest; a cathartic release of angst and anxiety and vulnerability and maturation. It’s their way of communicating with the world and navigating the creeping fear that comes with change. “This band is not only my escape from the mundane activities of everyday life,” Gibson says, “but it’s a chance to get together with some of my best friends in the world and do something that we can all be proud of.”

Eight years is a long time. For a band, it’s an eternity. What does the future hold for Signals Midwest? What does the future hold for any of us? Change is perhaps the most unpredictable and inevitable force in the universe: We can’t stop it. All we can do is to try to prepare for it. In the meantime, the best we can do is stop every once in a while to appreciate the people we have in our lives in that moment — it might not last.

“It's crazy to think that it's been a constant in our lives for nearly a decade,” Stern says. “That's wild. That's longer than any job or relationship I’ve ever had.” —Matt Cohen 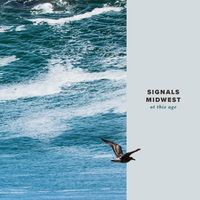 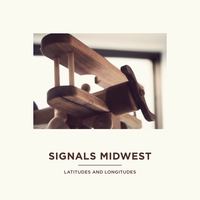 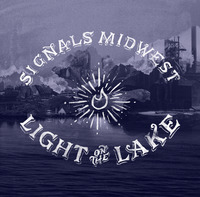