It was surprising to virtually no one - save for Dikembe itself - that the band's debut EP, Chicago Bowls, in all its anthemic, adrenalized indie-cum-emo / punk greatness, took the underground by storm last year. After all, the ironic, pun-laden ode to weed and arguably (and less ironically) the greatest championship squad in NBA history was a breath of fresh air ... playful, charismatic and downright infectious without emitting an ounce of pretension.

A few weeks after the digital-only release, the Gainesville quartet, which features member of Wavelets, Senders and The Young Hookers, found itself buried under heaps of praise and viral buzz from fans and critics alike. Of course, Chicago Bowls was more than deserving of the adoration, serving up four revelatory cuts of undeniable, high energy DIY rock 'n' roll, equally impressive for its sublime instrumental interplay and inventive structures as it was for the insightful, slightly acerbic lyrical content. Cajoling the listener to laugh along with song titles such as "Scottie Spliffen" and "Michael Jordank," there was no doubt that Dikembe's playful nature was a integral part of its singular sound, and perhaps one of the biggest reasons why we couldn't wait to hear what the outfit conjured up next.

Accordingly, it would have been easy for Dikembe to rush its full-length debut, but the band wisely spent an appropriate amount of time self-recording and mixing the ten amazing songs that would eventually make up the long-awaited Broad Shoulders.

From the first long-awaited note of opener "Nothing. Stuff," it's clear that there's something truly unique manifesting itself within these tracks. Dikembe's signature sound - powerhouse rhythms, the acrobatic back-and-forth between the guitars, and front man Steven Gray's confident-yet-completely raw and exposed delivery - is all still present, and it's imparted with even more vigor and conviction than ever before. However, album highlights such as "I Watch A Lot Of Jackie Chan Movies" and "Not Today, Angel" are thoughtful, nuanced and occasionally even haunting. They help to paint a picture of an evolving band and a record that is not only imaginative and memorable, but one that is fully realized and worthy of all the hype.

Still, there's a good chance that Dikembe will once again be taken aback by the adoration that will surely follow Broad Shoulders' official release, but that's what makes the quartet so endearing. What you see and hear is what you get with Dikembe: no fronts or phoniness, and certainly no airs of self-importance. Maybe that's why we love them so much. They're four friends making great music and having a total blast in the process. Lucky for us, they've welcomed the listener with open arms and invited everyone along for the ride. 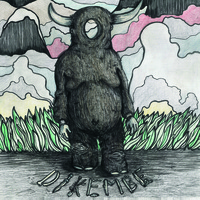 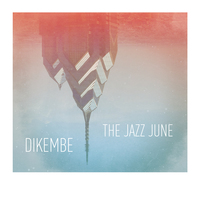 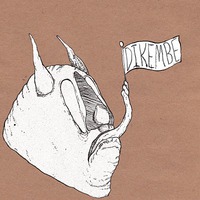 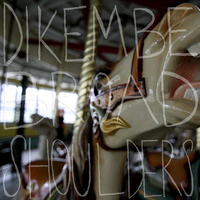